Peer-to-peer path-based-transaction (PBT) networks such as the Lightning Network address scalability, efficiency, and interoperability concerns with blockchains through off-chain transactions. They work by establishing decentralised chains of participants through which payments are routed.

A PBT network builds on top of three key algorithms: routing, payment, and accountability. The routing algorithm is in charge of finding paths with enough funds from sender to receiver. The payment algorithm settles the funds between sender and receiver along the paths connecting them. Finally, the accountability algorithm allows the resolution of disputes in the presence of misbehaving users.

A good routing algorithm should offer efficiency, effectiveness (i.e., it is able to successfully route transactions), scalability, and privacy. When it comes to transaction privacy, this is comprised of three elements:

In a PBT network users maintained weighted links between them, where the weights correspond to application-dependent funds. To make a payment, a path of intermediate users is formed between the sender and recipient, and link weights are pairwise adjusted to effectively settle funds between a sender and a receiver. This paper focuses on routing algorithm used to find paths.

SilentWhispers is a decentralised PBT network without a public ledger. It offers good privacy, but lacks efficiency. SilentWhispers uses landmark-centered routing to discover multiple paths, and then performs multi-party computation to determine the amount of funds to send along each path. Landmark-centered routing uses well-known nodes of high connectivity, known as landmarks, to form the backbone of path creation. Payment is in two phases: first a probe operation computes the credit available in paths and determines amounts

to send down each of L paths, such that

, where c is the total amount to be transferred between sender and receiver. A payment operation then executes the suggested transfers is a secure manner.

SilentWhispers has four main disadvantages though (which SpeedyMurmurs seeks to overcome):

Embedding based routing and Prefix Embedding

Peer-to-peer PBT networks differ from common peer-to-peer networks as the connections between peers are predefined and cannot be changed to improve the quality of the routing. Due to their fixed structure, P2P PBT networks are route-restricted and hence are closely related to Friend-to-Friend (F2F) networks, which restrict connections to peers sharing a mutual trust relationship.

Prefix Embedding is a greedy embedding that enables routing of messages in F2F overlays. As illustrated in Fig 1, Prefix Embedding assigns coordinates in the form of vectors, starting with an empty vector at the landmark/root. Each internal node of the spanning tree enumerates its children and appends the enumeration index of a child to its coordinate to obtain the child coordinate. The distance between two such coordinates corresponds to the length of the shortest path in the spanning tree between them.

When a tree is being built, nodes send invitations to all neighbours offering to become a parent. Nodes accept only one such invitation, but keep the others in their back pocket. If a link in the spanning tree ceases to exist, the child node and all its descendants choose a new parent based on their remaining invitations.

SpeedyMurmurs builds on ideas from SilentWhispers and VOUTE, adapting them to a scalable, efficient, effective and private PBT algorithm. There are three key operations in SpeedyMurmurs routing: setRoutes, setCred, and routePay. 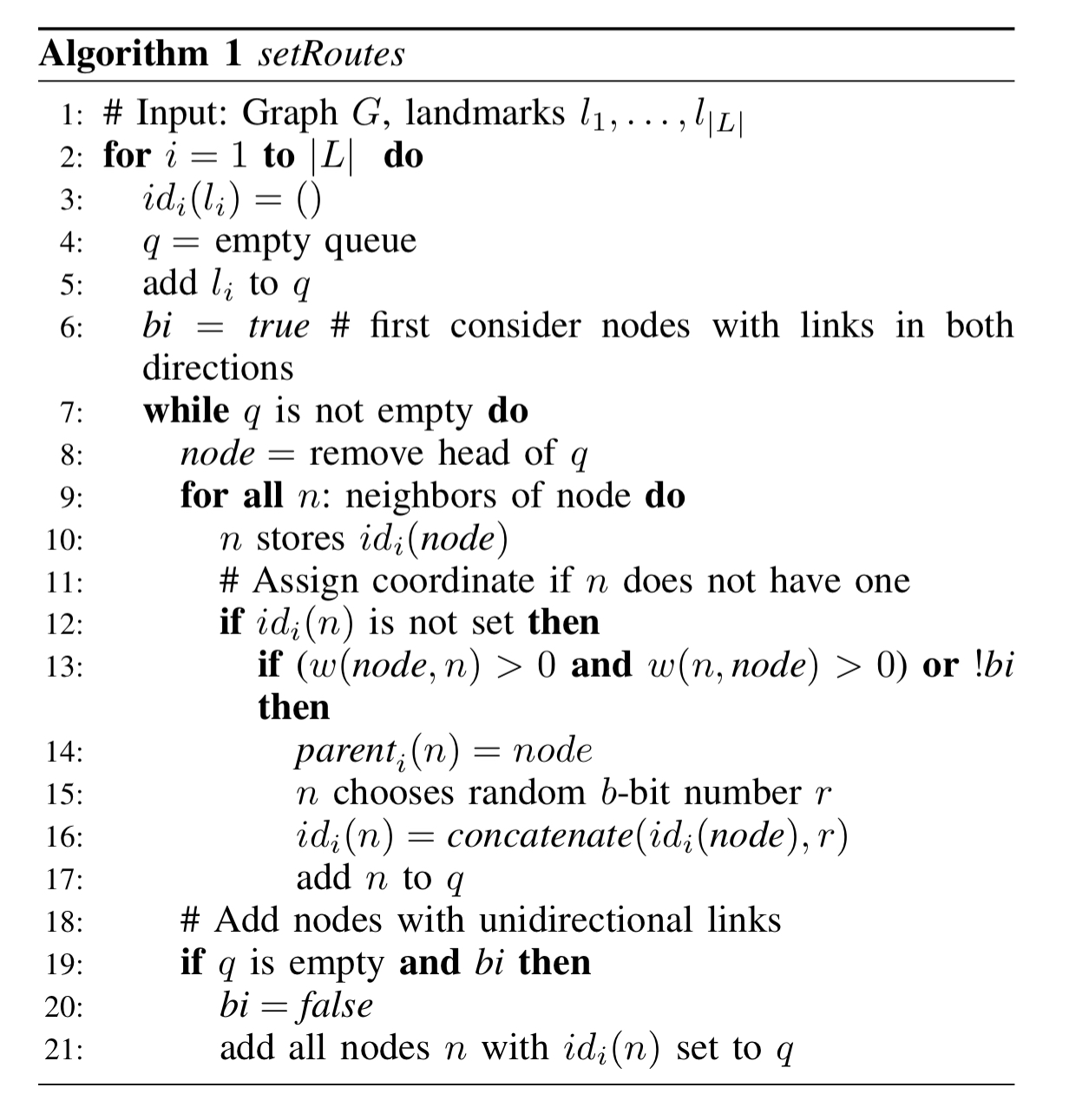 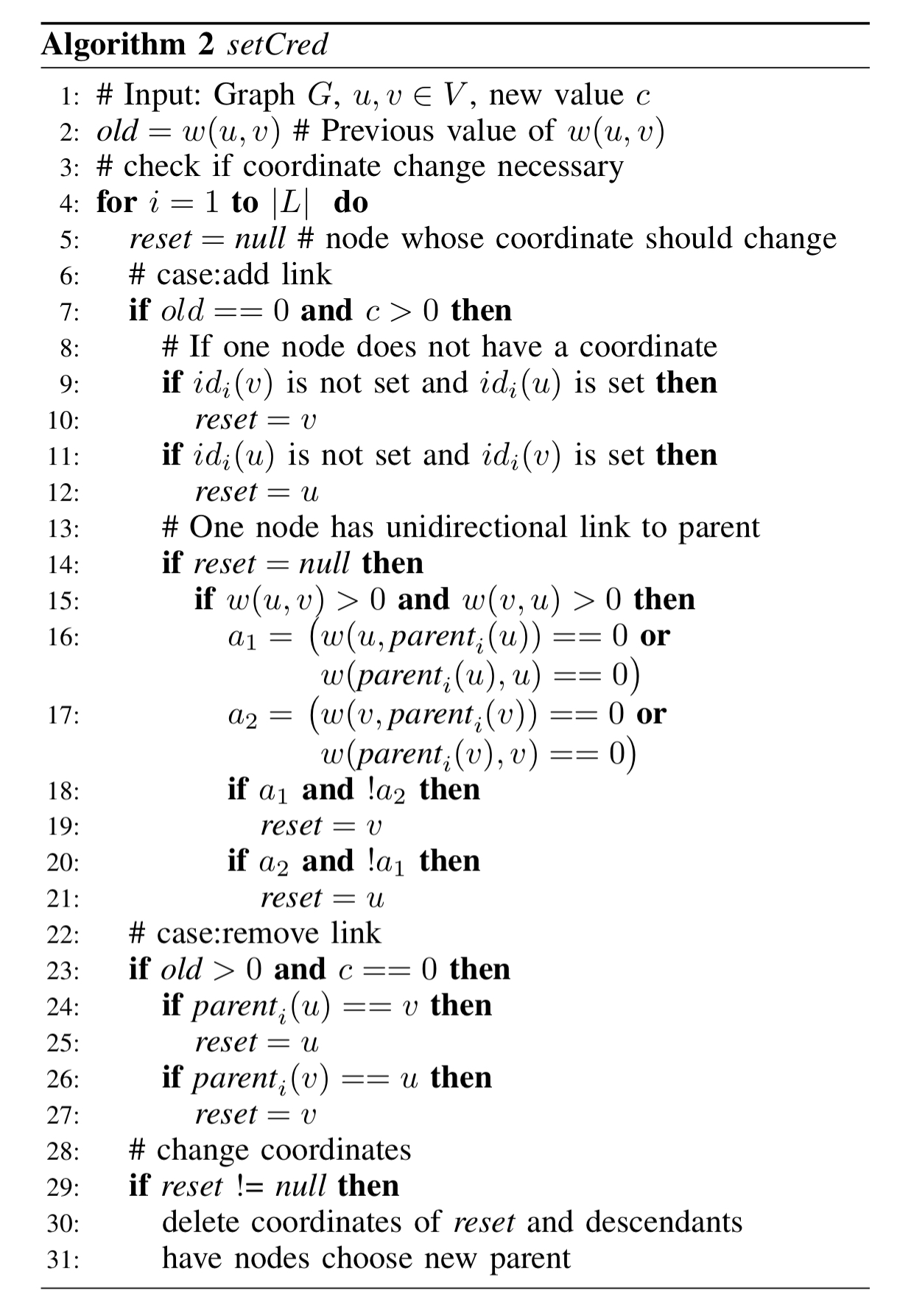 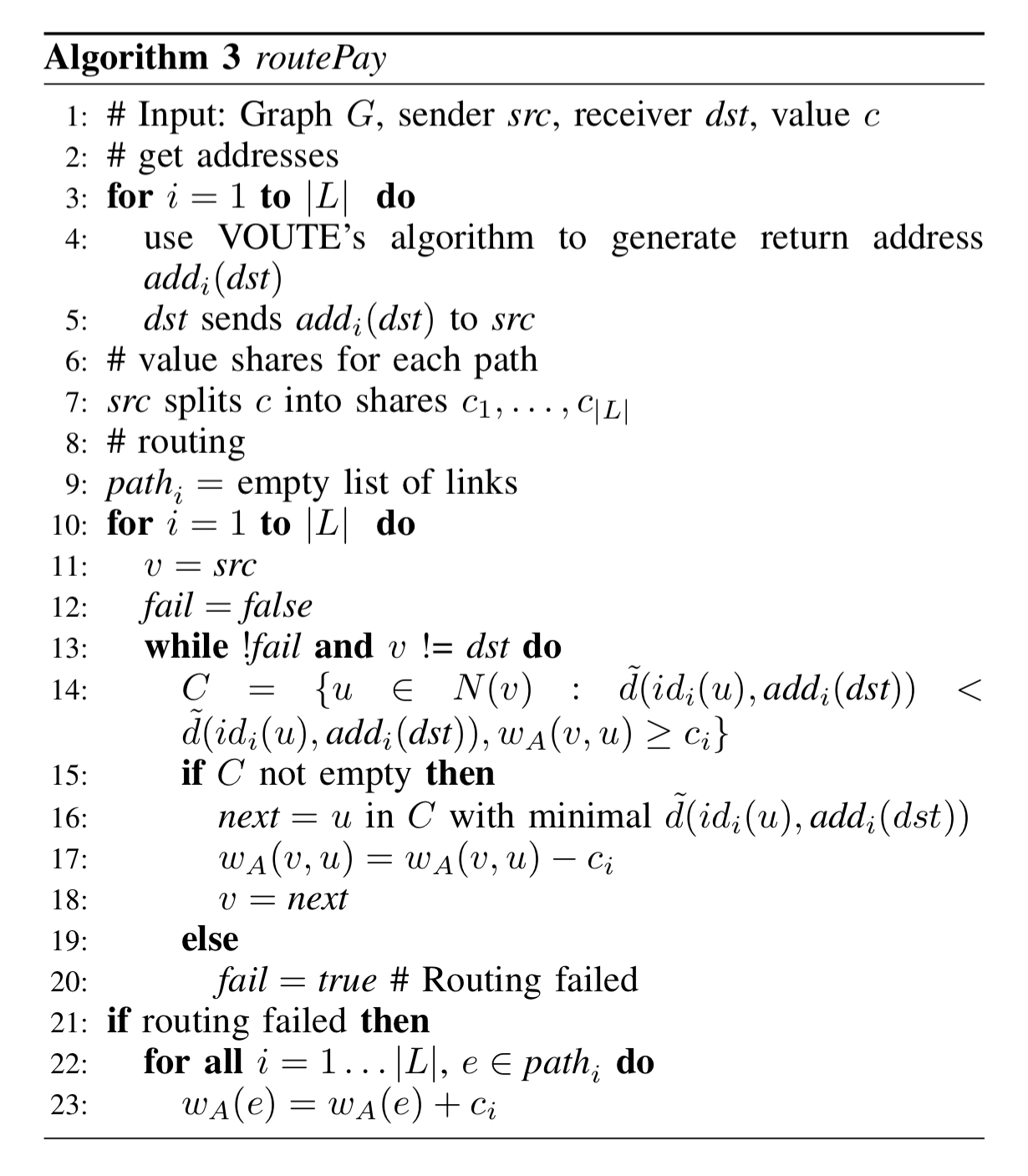 Apart from using embedding-based routing, SpeedyMurmurs distinguishes itself from SilentWhispers by splitting the credit between paths before the path discovery.

The performance evaluation is based on a simulation using data obtained from crawling the Ripple PBT network. In the interests of space, I’m going to cut straight to the chase:

Our extensive simulation study and analysis indicate that SpeedyMurmurs is highly efficient and achieves a high probability of success while still providing value privacy as well as sender/receiver privacy against a strong network adversary. As these privacy notions are essential for PBT applications, SpeedyMurmurs is an ideal routing algorithm for decentralized credit networks and payment channel networks, as well as of emerging inter-blockchain algorithms.