Will machines take over? The lesson of today’s paper is that we’re better off together. Combining AI with HI (human intelligence, I felt like we deserved an acronym of our own 😉 ) yields much better results than a system that uses only unsupervised learning. The context is information security, scanning millions of log entries per day to detect suspicious activity and prevent attacks. Examples of attacks include account takeovers, new account fraud (opening a new account using stolen credit card information), and terms of service abuse (e.g. abusing promotional codes, or manipulating cookies for advantage).

A typical attack has a behavioral signature, which comprises the series of steps involved in commiting it. The information necessary to quantify these signatures is buried deep in the raw data, and is often delivered as logs.

The usual problem with such outlier/anomaly detection systems is that they trigger lots of false positive alarms, that take substantial time and effort to investigate. After the system has ‘cried wolf’ enough times they can become distrusted and of limited use. AI2 combines the experience and intuition of analysts with machine learning techniques. An ensemble of unsupervised learning models generates a set of k events to be analysed per day (where the daily budget k of events that can be analysed is a configurable parameter). The human judgements on these k events are used to train a supervised model, the results of which are combined with the unsupervised ensemble results to refine the k events to be presented to the analyst on the next day. And so it goes on. 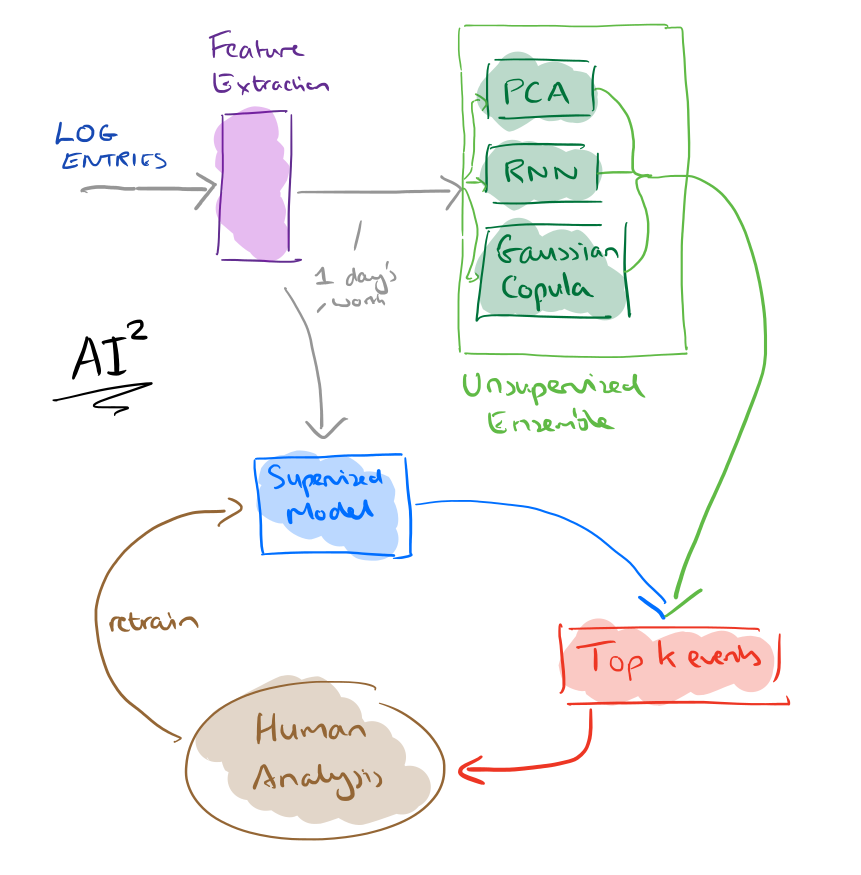 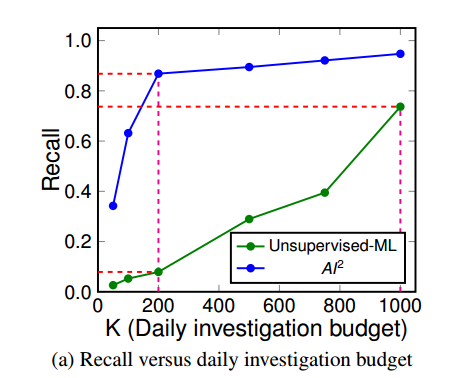 Detecting attacks is a true ‘needle-in-a-haystack’ problem as the following table shows: 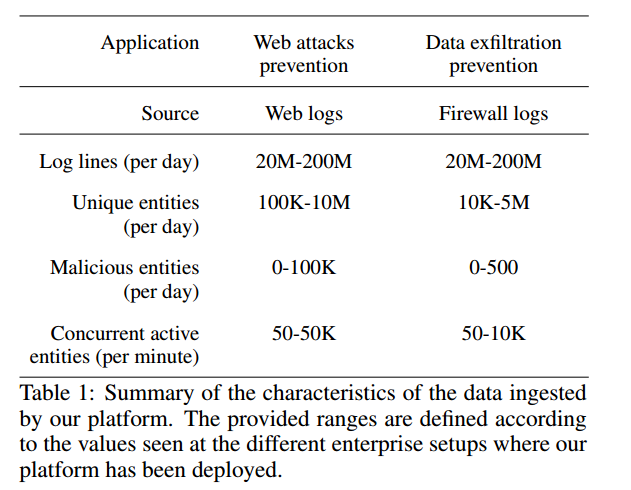 Entities in the above refers to the number of unique IP addresses, users, sessions etc. anaysed on a daily basis. The very small relative number of true attacks results in extreme class imbalance when trying to learn a supervised model.

AI2 tracks activity based on ingested log records and aggregates activities over intervals of time (for example,counters, indicators – did this happen in the window at all? – elapsed time between events, number of unique values and so on). These features are passed into an ensemble of three unsupervised outlier detection models: 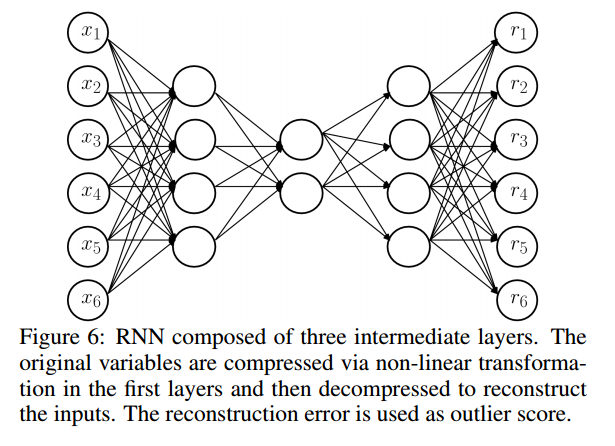 A copula framework provides a means of inference after modeling a multivariate joint probability distribution from training data. Because copula frameworks are less well known than other forms of estimation, we will now briefly review copula theory…

(If you’re interested in that review, and how copula functions are used to form a multivariate density function, see section 6.3 in the paper).

The scores from each of the models are translated into probabilities using a Weibull distribution, “which is flexible and can model a wide variety of shapes.” This translation means that we can compare like-with-like when combining the results from the three models. Here’s an example of the combination process using one-day’s worth of data: 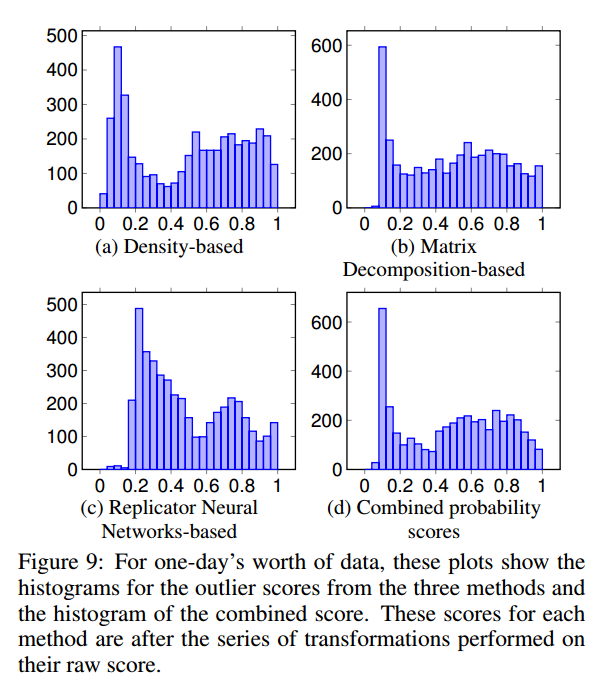 The whole AI2 system cycles through training, deployment, and feedback collection/model updating phases on a daily basis. The system trains unsupervised and supervised models based on all the available data, applies those models to the incoming data, identifies k entities as extreme events or attacks, and brings these to the analyst’s attention. The analysts deductions are used to build a new predictive model for the next day.

This combined approach makes effective use of the limited available analyst bandwidth, can overcome some of the weaknesses of pure unsupervised learning, and actively adapts and synthesizes new models.

This setup captures the cascading effect of the human-machine interaction: the more attacks the predictive system detects, the more feeback it will receive from the analysts; this feedback, in turn, will improve the accuracy of future predictions.