Today’s paper choice is short and sweet, but thought provoking nonetheless. To a man with a hammer (sticker), everything looks like a hammer.

We’ve seen a number of examples of adversarial attacks on image recognition systems, where the perturbations are designed to be subtle and hard to detect. But what if you don’t mind the alteration being obvious to the human eye? Brown et al. show how to create stickers (image patches) that can be added to a scene, and force a classifier into reporting a class of the attacker’s choosing.

Here’s an example of a printable sticker designed to cause classification as a toaster. 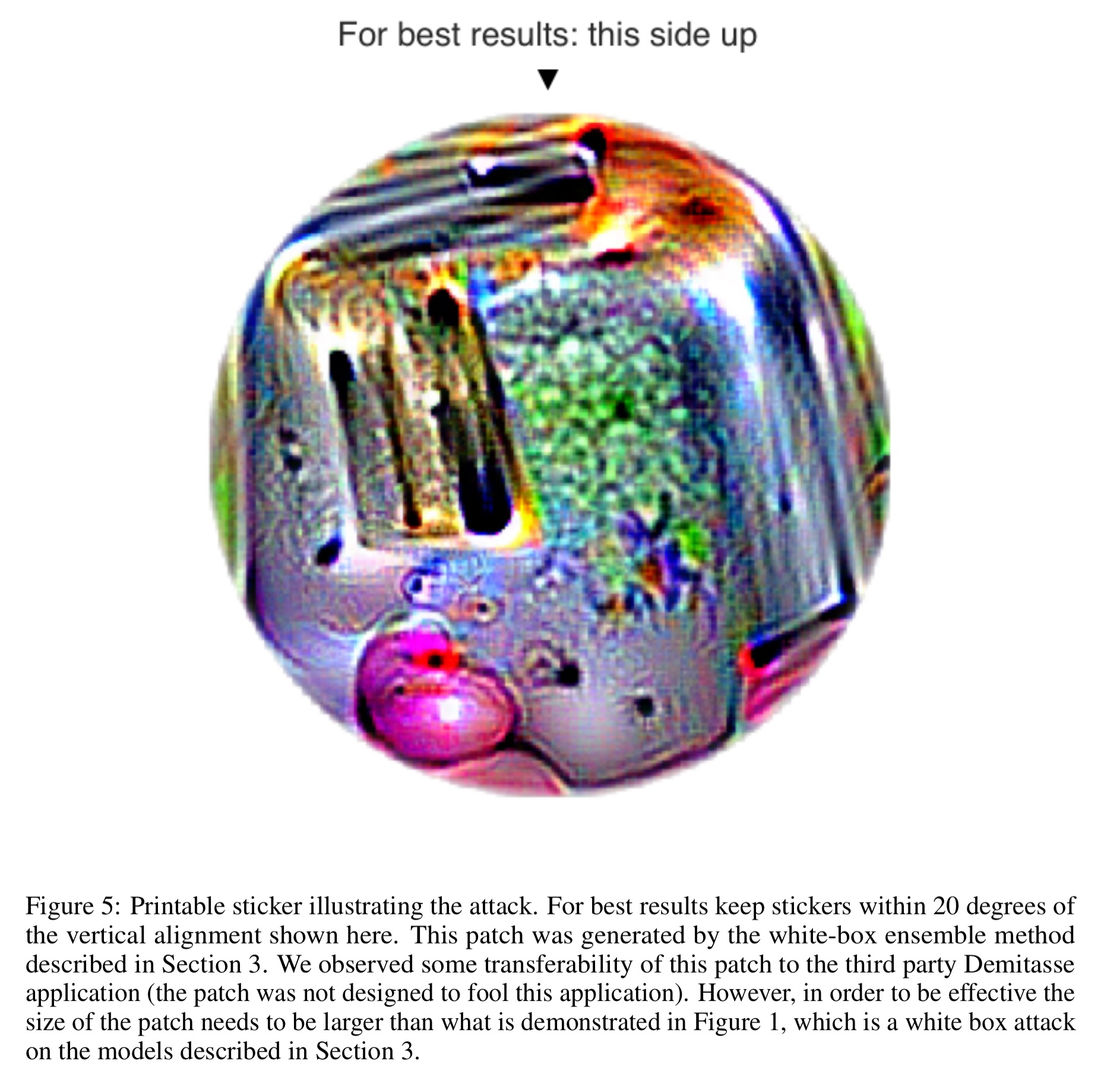 And here’s the sticker placed on a table next to a banana. The sticker causes the previously reported class banana (97% confidence) to become toaster with 99% confidence. 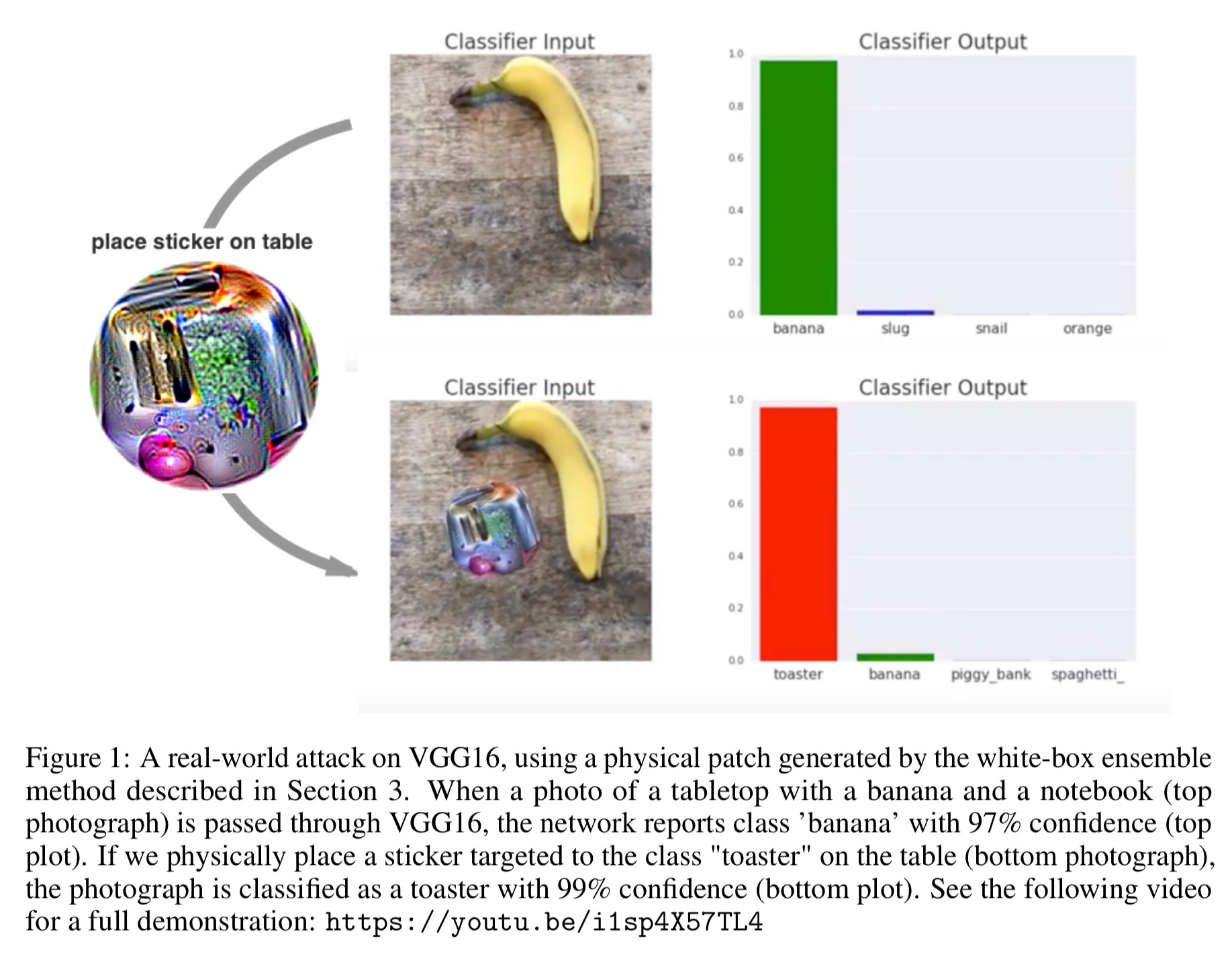 Because this patch is scene-independent, it allows attackers to create a physical-world attack without prior knowledge of the lighting conditions, camera angle, type of classifier being attacked, or even the other items within the scene… Additionally, because the attack uses a large perturbation, the existing defense techniques which focus on defending against small perturbations may not be robust to larger perturbations such as these.

Why does it work? An image may contain several items, but a classifier outputting only one target output has to determine which is the most ‘salient’ item in the frame. The adversarial patch exploits this by producing inputs that scream out “I’m an X” for some value of X.

If we’re targeting an output class

, then we can train to optimise the objective function

This departs from most prior work on adversarial perturbations in the fact that this perturbation is universal in that it works for any background. 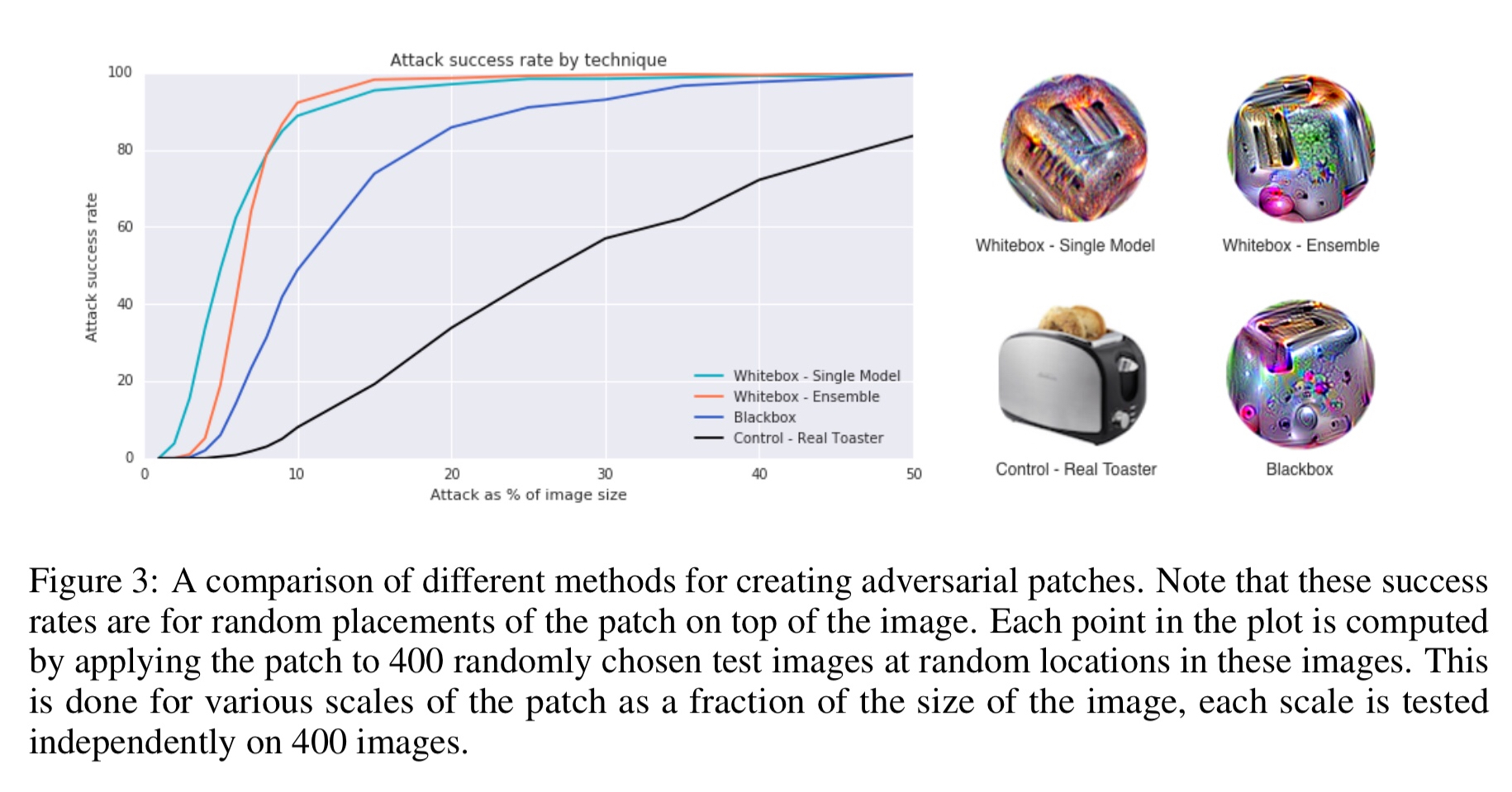 The white box models are very successful even when only 10% of the overall image size. They clearly capture the essence of toaster much better than the picture of an actual toaster!!

The adversarial patches above reveal their target class to a human observer. The authors also experimented with disguising the patches using a tie-dye pattern and also applying a peace sign mask. These look nothing like a toaster to me anymore, but still do pretty well at larger relative sizes:

Many ML models operate without human validation of every input and thus malicious attackers may not be concerned with the imperceptibility of their attacks. Even if humans are able to notice these patches, they may not understand the intent of the patch and instead view it as a form of art. This work shows that focusing only on defending against small perturbations is insufficient, as large, local perturbations can also break classifiers.